Mackenzie Leigh Meyer is the Divebar Diva We All Need!

Canadian country artist Mackenzie Leigh Meyer was one of the performers who took part in the 2019 Boots & Hearts Emerging Artist Showcase presented by #ChevyMusic. She had an amazing set that left the crowd craving more!

Her performance started with three guitarists from her band coming on stage and playing a little hype music in preparation for her grand entrance. They got the crowd started, and had us all cheering! Of all the artists taking part in the Boots & Hearts Emerging Artist Showcase – nobody quite had an entrance like Mackenzie. By the time she came on stage, the crowds were ready for a good time.

And a good time we had!

She was such a thrill to watch perform. Her performance was so varied, that we were truly able to get a sense for who she is as an artist. At some points we were dancing along with her, and other times were enjoying her piano playing. All the while, with an enormous smile on her face.

An enormous smile was pretty consistent amongst all the artists in this year’s showcase. Mackenzie had a giant smile on her face right from the moment she walked out on the stage. “Walking out on that stage just felt so good,” Meyer told us. “As soon as you step out, people are cheering – it was such a big moment. I was really excited to be there.”

“This was such an incredible crowd,” she continued. “Everyone was really into it, which is nice. Because not every crowd is into it. Playing in dive bars, you sometimes get slow claps – and other different crowds like that. So It felt amazing to be in front of an audience like that. It was amazing.”

When speaking of nerves she says “You know what? I thought I was going to be a lot more nervous than I was. There was, like, a minute where I was like ‘ah! Is this really happening?’ but I never felt afraid, so I was really stoked!” And it showed! It’s impossible not to have a great time watching her perform on the stage.

Born and raised in Hamilton, Ontario, Mackenzie Leigh Meyer has been working hard for the last 5 years pursuing music professionally. She’s been touring around in various nightclubs and bars in the local area working to find her voice and her sound. She released her debut EP earlier this year called Divebar Diva, which she so endearingly refers to herself as – “It’s who I think I am in general.”

On Mackenzie’s Instagram bio, she refers to herself as a “Zero-Waste Hippie”.  We asked her about this: “I’m a Big fan of being very environmentally conscious. I’m vegan, everything’s recycled, and I try not to buy things that come in plastic – I’m also the biggest compost freak on planet earth, ” she says through a laugh. “I’m just trying to be environmentally conscious in a very obvious way.”

She also makes her own soap to help cut back on her consumption of packaging.

The rest of 2019 and the beginning of 2020 are going to be very busy for this fantastic Canadian country artist. She’s continuing to tour this Summer with performances scheduled for Havelock Country Jamboree and Lucknow’s Music in the Field. She’ll also be releasing her debut single to radio in the New Year.

After this year, we suggested that she may have to change her Divebar Diva nickname – She didn’t agree ?. She’s going to keep honouring this name as a wink to her roots playing in dive bars while wearing nice clothes and fake eyelashes. We’re really excited to see Mackenzie Leigh Meyer continue to grow as an artist, and follow along with her career. 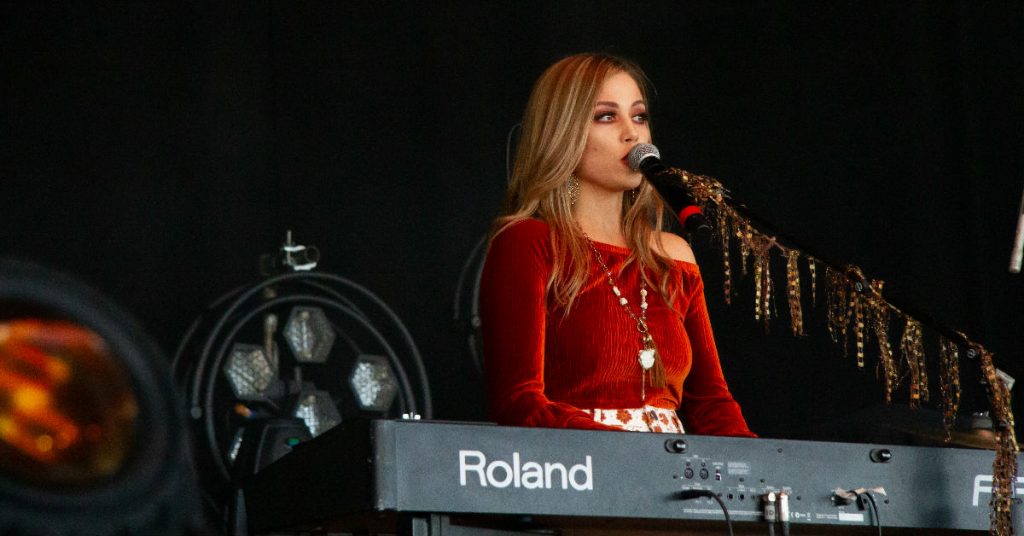 [ON THE PORCH S1:E10] AM Radio, CMT and Getting Back On The Road with Jason McCoy