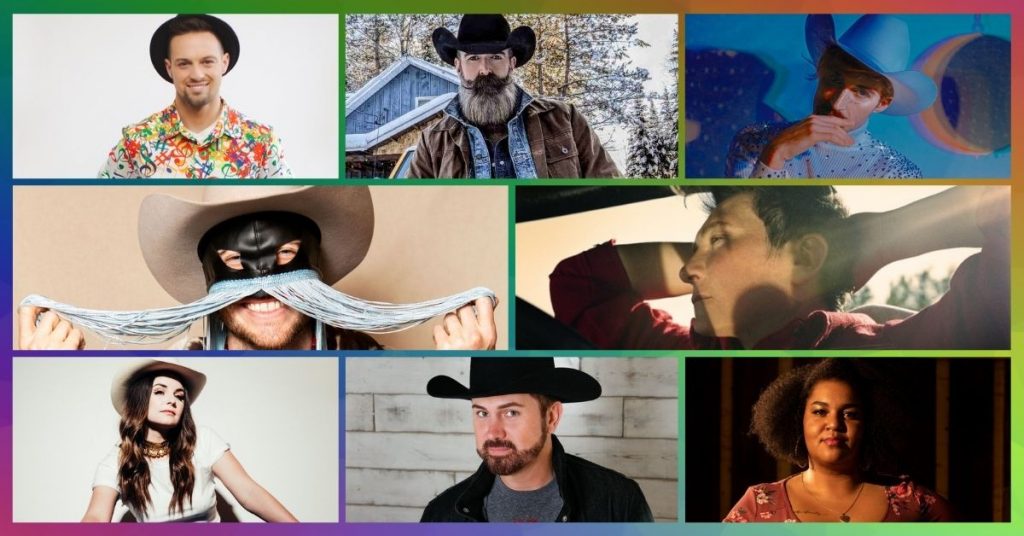 Every June, people around the world celebrate Pride month. It’s a time to the uplift LGBTQ voices, celebrate LGBTQ culture and support LGBTQ rights. And it’s time that country music joined in the fun!

Country music has a historic reputation of being an unwelcoming space for artists who don’t fit the mould. As the years go on, this is slowly changing … thankfully! It’s so important to hear music from all perspectives, and all walks of life.

Earlier in 2021, T.J. Osborne from The Brothers Osborne came out. This made him the first openly gay artist signed to a major country label. A HUGE milestone for the country genre. And largely, audiences have been supportive. Of course, there’s the predictable negative comments. But all in all, the news was received well.

That alone shows progress. The fact that his label stood behind him, made it feel like it was different … that change was in the air.

Another indicator of change we noticed was that in the last couple years, there has been a consistent increase in people searching for gay country artists in Google. (Google has a cool tool that will tell you what some of the search trends are). There’s a thirst for gay artists. More and more people are looking to see themselves represented within the genre.

We wanted to put together a list of some of Canada’s country artists who are part of the LGBTQ community. This is not an exhaustive list … we know that there are many others. And we’re happy to keep building on this list. So if you know any other artists who should be included, please let us know!

As you’re going through this, it’s important to keep in mind that this isn’t a numbered list. Gay country artists are already competing for exposure, they don’t need to compete against one another too.

So in no particular order, here are some of Canada’s gay country artists.

8 Gay Canadian Country Artists You Should Be Listening To

Orville Peck is one of the most mysterious artists in the country music landscape. There’s not much known about this masked Canadian artist. We know he’s from Canada, but not sure exactly where. He’s gay. He used to play in punk bands … and that’s about it. He keeps his identity secret. And that’s part of his charm and intrigue.

As an artist, Orville Peck has a traditional sound to his voice, clearly drawing inspiration from the country greats: Johnny Cash, Waylon Jennings, and other similar artists from that era. It’s a sound that many audiences crave amongst the modern country sound. And it’s all wrapped up in a fabulously eccentric and shiny package.

One thing’s for sure … the mask and fringe are here to stay. “I think that my mask helps eliminate pretense,” Peck says to The Boot, “and this idea of having to go onstage and perform as someone or something I’m not.”

He’s a really interesting artist and has recently released a country version of Lady Gaga’s song “Born This Way” as a celebration for pride month 2021.

Hear All Of Orville Peck’s Music

Patrick Masse is one of the trailblazers for gay representation in country music. He exploded onto the music scene in 1998 with his critically acclaimed album Get There From Here.

In 2002, Patrick decided to come out and live his life as authentically as he could. There was no one else really leading the way in this regard. “Since coming out in the early 2000s, I have seen some changes in country music,” Patrick says, “but there’s a long way to go. I think what we need to really tell is the story of it how it started with K.D Lang … in my opinion. I walked through the door that she opened, and Drake Jensen followed soon after.”

Masse has a challenge for the industry: “I ask you to step up and ask yourself, what can I do to help promote inclusion? Ask yourself the question ‘am I an ally or not?’ Actions speak louder than words.”

Mariya Stokes has been making splashes in the world of Canadian country music. In 2019 she was crowned the Female Artist of the Year, and it’s no surprise why. She has a voice that will stop you in your tracks. She’s a talented songwriter, and a great performer.

RELATED: Check out our interview with Mariya’s for her single “Rebound” …

“The queer community has always been part of country music, and while we still have a long way to go, it’s fantastic to see representation on such an iconic stage.” She continues, “there is a massive group of fans craving country music written by and for queer folks, and I’m thankful for all the people who came before me who were (and still are) working to give my generation and the next the freedom to be who we are.”

Located in New Brunswick, Shawn has appeared on the music industry’s radar for a few years now. Shawn has a talent and drive that’s unmistakable. He’s made a name for himself as being one of the nicest guys to work with. We’ve interviewed him a few times, and we agree.

RELATED: Learn more about Shawn Richard and his debut single “All My Tomorrow’s” …

Watching him perform, you can see that he comes alive when he’s in front of an audience. He was made to be on the stage. He’s also taking an important stance as being an open artist in the LGBTQ community.

“As a part of the country music family, I think celebrating pride is so important! Although the industry has made strides in the right direction,” Shawn says, “there’s still lots of work to do! It warms my heart to see all of the support surrounding fellow artists that have recently come out within the genre!”

Have a listen to Shawn Richard’s music

Drake Jensen is another pioneer in the Canadian country music industry. As one of the industry’s handful of openly gay artists, he has helped pave the way for other artists to feel comfortable and safe to be who they are.

He has made it his mission to bridge the gap between the LGBTQ Community and Country Music. He loves to collaborate with and help promote other LGBTQ artists.

“Today we have so many diverse sub genres of country music to choose from. The evolution of modern production, and the use of electronic instrumentation has obviously attracted a new audience. Music is all about diversity, And , we will always have the classics to return to”

D’orjay The Singing Shaman was a late bloomer stepping on to the stage. She was 35 years old when she finally grabbed the microphone as a professional artist. Her most authentic self expression and healing comes from writing songs and sharing those stories with vulnerability and emotion to the audience.

D’orjay is a really exciting artist in the Canadian landscape. She is breaking barriers everywhere she goes! She is claiming her space in the genre as a queer, black female. We love it, and there’s space for her and her art in country music.

Have A Listen To D’orjay The Singing Shaman’s Music

Robert Adam is an incredibly talented artist and is beginning to make a name for himself. He’s a country boy with an incredible, traditional voice. He’s been called Calgary’s Dream Cowboy, and as you can see … the name is fitting. His style is so unique, but still rooted in traditional country style. It’s always fascinating to see tradition mixed with modern flair.

His musical style features a sweet and salty vocal texture. In his words, he offers “gentle intimate moments but yet also powerful and smokey embellishments.” He gravitates towards an old-school 70’s vintage sound with his lush string arrangements, nostalgic steel guitar and even some banjo.

When you listen to Robert you know you’ll feel one thing … warmth.

This is one of the most genuine artists you will come across. Listening to him sing, feels like you’re walking beside him down a quiet forest trail near Bonnyville Alberta.

Side note: Robert Adam and Orville Peck should work on a project together … they’re voices would be DREAMY together!

And of course, none of the above artists would be where they are now without the icon K.D Lang.

K.D was unstoppable in the 90s. Her music shaped the decade with hits like “Miss Chatelaine”, “I’m Down To My Last Cigarette”, and of course “Constant Craving”.

In 1992, she shook the world when she came out. She made the announcement in an interview with the Advocate … an LGBT magazine, while promoting her new album Ingénue. The moment that interview ran, radio stations stopped playing her music, and she was ostracized from the world of country music. Despite all that, people ran to record stores (remember those?) to buy the album, and it was a hit.

In an interview with The Guardian, Lang talks about being a trailblazer: “… although I try not to take huge credit for that because it’s not a competition. It’s something bigger than all of us. I am certainly proud, but at the same time, I’m just one of many. Gay culture isn’t just one sliver of humanity – it’s a huge cross-section of people.”

She may not take full credit for opening the door in the industry, but we’re giving it to her. She opened the door so that Patrick Masse, Drake Jensen, and so many others could keep it held open.

The Future Of Representation In Country Music

The fact that we can even put a list of openly gay country artists together is proof that the industry has seen some tremendous strides in representation. But every single artist we spoke to also said that there’s a lot more room for improvement.

It’s great that many artists feel comfortable enough to be who they are publicly. But there are so many out there that don’t feel like they can. And it’s on media outlets like us, radio stations, music festivals, concert promoters, etc. to keep the conversation moving forward. The media makes the change … it can’t be left solely on the artists’ shoulders.

It shouldn’t be news that an artist is gay.

So media outlets should not only promote gay country artists during pride month. It’s a convenient and fun month to do so, but we should be helping promote gay artists whenever we can. It should be about the music! This is something we’ve done and will continue to do.

I’m optimistic for the future. With each artist that announces their sexuality, they’re making it easier for the next. They’re also helping people of all ages and walks of life accept themselves and live authentically.

NOTE: We are committed to keeping this list up to date as new artists come to our attention and they give us permission to include them. 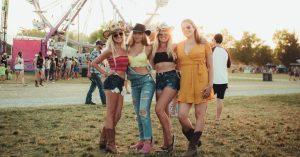 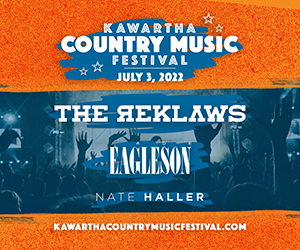