Canadian country artist Steve Rivers has released a brand new single “The Wheel Goes ‘Round”. It’s a great song and we had the chance to connect with him to talk about it.

Steve Rivers is a country music singer/songwriter who has worked with so many of your favourite Canadian artists. From Chris Buck Band, The Kennedy Sisters, Jesse Slack, and countless others.

“The Wheel Goes ‘Round” is a great song that pays tribute to blue-collar towns of the heartland. It’s a reflection of where Rivers grew up and the sounds he was raised on.

“We were trying to be honest when we co-wrote this song,” says Steve. “We didn’t want to sugarcoat the bad, we didn’t want to over-glorify the good. We just wanted to lyrically hold up a mirror and celebrate this lifestyle for what it is.”

We had the chance to connect with Steve. We talked about his upbringing, his inspiration, gender parity and life in quarantine.

Before we get to the interview below, take a couple minutes and listen to “The Wheel Goes ‘Round” on Spotify or Apple Music.

Stream “The Wheel Goes ‘Round” By Steve Rivers

Front Porch Music: Steve – Welcome to the Front Porch! We’re so happy to have you join us. Since this your first time on the Porch, why don’t you tell us a little about yourself?

Steve Rivers: I appreciate you having me! I grew up in Campbellville, Ontario, and after graduating college in London, Ontario I made my way down to Nashville, Tennessee to learn to be a better songwriter.

I got my foot in the door as a studio intern. Somewhere along the way of writing and playing, I met a beautiful girl named Laura, got married, and now we have a little girl. Our daughter was born right in the city so I consider her my best Nashville success story.

Front Porch Music: Aww… What an accomplishment! Your latest single “The Wheel Goes ‘Round” is a fun song! Can you tell us a bit about it the song – the inspiration and the story behind it?

Steve Rivers: I co-wrote this song with my friend Brett Berwager and it’s an ode to the blue-collar towns we grew up in. The song is about the revolving wheel of life in a small town from the Monday morning clock-in, to the Friday night hometown dive bar, to the Sunday morning church pew.

Front Porch Music: You’ve written songs with some fantastic Canadian country artists such as: Chris Buck Band, Twin Kennedy, Jesse Slack, and others who we have had join us on the Front Porch. Can you let us in on what a writing session is like with you? How do you get things started with other artists?

Steve Rivers: For sure! A lot of it is starting with a good idea and finding a unique approach to telling that story. The goal is to write something that we can all personally connect with. Not just us as songwriters and performers, but also for our listeners.

That’s the best way to get the most honest result out of a song lyrically. Vibe has a lot to do with fuelling creativity as well. Sometimes when the ideas aren’t flowing, you gotta try different things to spark some energy.

I’m a big fan of using drum grooves to build off of.

Front Porch Music: We read that you have credited “The Wheel Goes ‘Round” as the song that helped kickstart writing and recording your upcoming album American Side Hustle.  What can we expect from your album?

Steve Rivers: This is the first album that I’ve produced, co-written, and mixed top to bottom.

It’s also an album that was 50% recorded remotely (before the pandemic). There are parts recorded in Nashville, some in Canada, and some in Germany.

Songwriting wise, I think I allowed myself to be a little more vulnerable on this album. There are songs on it about some hard breakups I’ve seen people in my life go through. There are also some songs that I wish I had recorded on the last album that are finally coming out (“Put It On Me” and “Running Out of Love”). 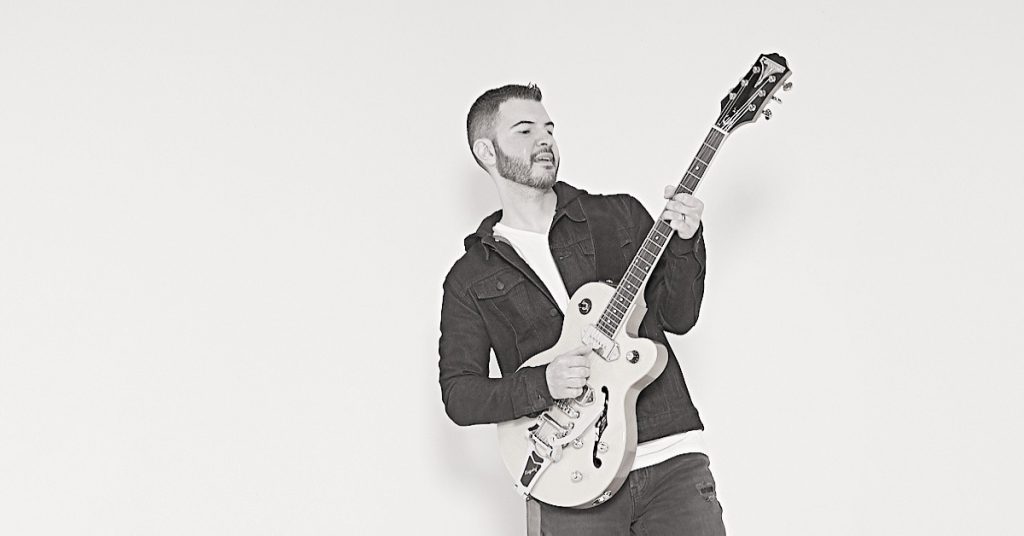 Steve Rivers: I honestly find myself listening to more female artists on Spotify than I do male artists because the female artists are way more diverse in sound! I love everything that Ashley McBryde puts out and I could listen to Maren Morris all day.

I know I’ll probably get some pushback for saying this, but if the CRTC can mandate CanCon on radio, then why not also mandate an equal balance of female and male rotations? Right now it’s too one sided.

Front Porch Music: That’s a fantastic point! It shouldn’t be so complicated. Right now, we’re all stuck at home trying to do our part to stop the spread of the Coronavirus. What are you doing to pass the time while practicing social distancing?

Steve Rivers: My daughter is about to turn one, and one of the silver linings during this whole thing has been the ability to spend a lot more time with her.

I’ve also had the time to record some new songs and been working on some unfinished tunes that I’ve been putting off for far too long.

That being said, I’m looking forward to enjoying a pint in a bar again soon!

Front Porch Music: Oh you and us both! For now, the Front Porch will have to do.

Thanks so much, and congrats again on the release of, we can’t wait to hear what’s next for you!