Recently, we had the honour of working with the podcast Canadian Country Music Show to put together a list of top summer songs for one of their recent episodes. It was so fun to curate this list and start our newest feature, Front Porch Finds.

A great summer song should make you want to get up and dance, laze around in the pool while floating on a blow-up floaty, sitting outside with a beer, or around a bonfire with friends. All of these songs are perfect for any summer activity. Here are the top summer songs in Canadian country music as heard on Episode 26 of the Canadian Country Music Show:

This song is a bit of a throwback, but it’s arguably one of the best Summer songs in Canadian country music. In 2016, this song spent weeks on the charts, and eventually cracked the top 5 by hitting number 3 on the radio charts (which is wild for a Canadian artist’s debut). “Lawn Chair Lazy” was nominated for Single of the Year by both the CMA Ontario Awards, and the CCMA Awards in 2017. This was their debut single released to country radio after they were crowned the winners of the 2015 Emerging Artist Showcase at Boots & Hearts Music Festival.

Since the release of this song, they have quickly become one of Canada’s top country acts.

We picked this song because it epitomizes the feeling of Summer. When this song comes on, it’s best to just sit back in your chair and grab yourself a “beer beer beer!”

Matt Lang – Love Me Some You

Part of what makes a great Summer song is an easy melody that flows slowly enough to enjoy sitting on the Front Porch, but can also make you want to move and dance around. “Love Me Some You” is exactly one of those songs! Since this song was released, it has had over 2 million streams! Matt Lang is an incredibly talented performer from Quebec.

We picked this song because it’s a toe-tapper. It’s impossible not to bob your head along with the beat, and by the second chorus you’ll be singing right along with him.

The Reklaws – I Do Too

The Reklaws have been making a name for themselves in the Canadian country music world for the last few years. The last 12 months though have been very successful for these two siblings from Ontario. The content of “I Do Too” is a little heavy to be considered a traditional Summer song, but the melody is just the perfect amount of “chill” that we had to include it. It’s one of those melancholy songs that make you think – but is perfect for a relaxing night by the bonfire. “I Do Too” is currently climbing the charts.

This song was selected as a Front Porch Find because it’s just so chill. The vocals from Stu and Jenna are blended so perfectly on this track that it puts you into a bit of a relaxing trance.

Ryan Langdon – Lit in the Sticks

Ok. Is there any better Summer song than a song about a bush party? A bush party is the epitome of Summer fun. This song is an invitation to anybody who is sick of the usual bar scene in the city. “Lit in the Sticks” features some heavy rock influences, and Ryan is clearly inspired by artists such as Brantley Gilbert and Jason Aldean. It’s a fun song that should be added to any Summer playlist.

We chose this song primarily for the vocals. The vocals in this song are what really set this song apart from other Summer songs on this list. Ryan’s deep vocals in the verses are so compelling. This song just makes you want to move!

“Bad Liar” from Kalsey Kulyk is one of those songs that is easy to listen to, sing along with, and can be played on repeat without getting annoying. It’s the perfect song for lounging on a hot Summer day.

Kalsey’s music is the perfect blend between traditional and contemporary country music (Side note: If you need a good cry, go listen to Kalsey’s song “More Time”. It’s tragically gorgeous, and such a great country song). She also has an incredibly captivating story. In high school, Kalsey fell ill and was diagnosed with cancer. She says that the entire experience solidified her belief in a career in music, and has since been in remission for the last ten years. She says “What is life unless you’re doing what you love every single day?”

We chose this song for the laid-back style of the melody.

Rob Watts – Do You Have a Dream

Rob is a country artist from Ontario with a charming smile and a smooth voice to go along with it. “Do You Have a Dream” is another great song that is perfect for lounging on the porch or sitting around the bonfire. It’s a song about getting to know the dreams and aspirations of the person you’re with, and joining them on the journey. It’s a really sweet song with a flowing melody and lyrics that are hard not to sing along with.

Tim Hicks – If The Beat’s Alright

Tim Hicks has had a great year so far! The release of his latest album New Tattoo has had 3 releases, with his latest “What A Song Should Do” hitting number one at country radio. This marked his first number 1 hit in his career so far (anyone else find that surprising?).

If we had to make a guess, we would be willing to bet that “If The Beat’s Alright” will be the next single off Tim Hicks’ album. It’s a great Summer song and will resonate well with audiences. The song is literally about dancing along to a great beat, which is what makes it such a great Summer song.

It may not be a new song, but “Motel Flamingo” by BCs Madeline Merlo is one of the best Summer songs we have heard from a Canadian country artist in a long time! Even the title gives you a Summery vibe. The song is about having a fun, and inexpensive weekend away with all your friends. The melody and lyrics have such a fun feel to it! It’s the perfect song to listen to while lounging on a pool floatie with a fun umbrella-type drink. It’s definitely one of our go-to songs for the Summer up here on the Front Porch.

“Motel Flamingo” is Madeline’s highest charting single to date, and it’s not hard to imagine why. It’s one of the catchiest songs from her Neon Love album, and one of the best Summer songs – which is why it was selected as one of the Front Porch Finds.

Leaving Thomas – I Wanna Be It All 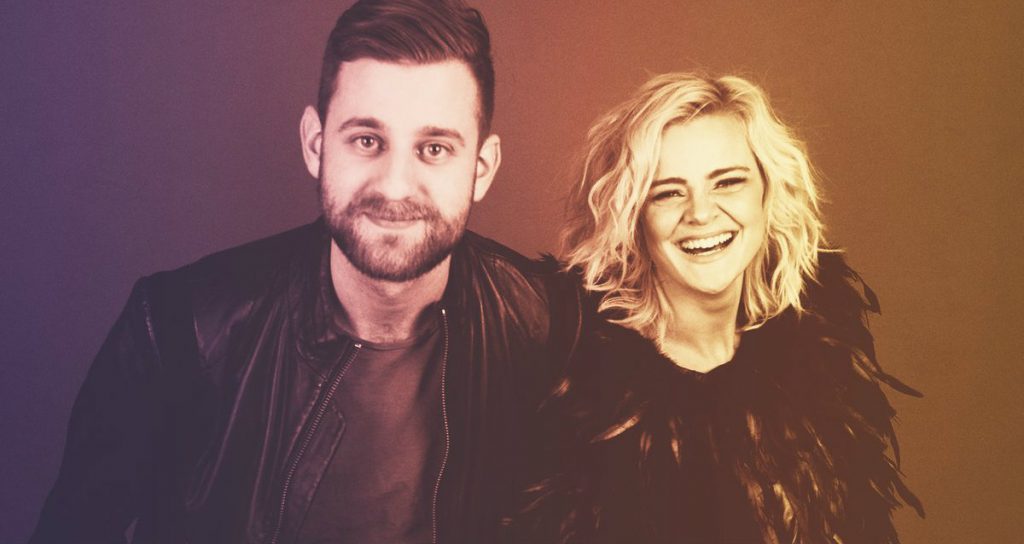 Leaving Thomas is one of Canada’s hidden gems in country music and have been gaining in popularity with every release. Their latest single “I Wanna Be It All” is such a fantastic song that has the potential to be one of the biggest Summer songs of 2019. Lead vocalist Annika has one of the best voices in the scene. These two best friends make such a great duo.

“I Wanna Be It All” is the perfect blend of upbeat and chill melody that makes it one of the best songs to listen to this Summer on the deck. There’s not much else to say about this single – we’ll let the music speak for itself here.

The Canadian Country Music Show is a weekly music podcast that plays handpicked Canadian country music from the big names to the coolest of indies!
This podcast help you discover new music from the best that Canada has to offer while having some fun along the way with your hosts, Elora and Lianne!
This great podcast airs every Sunday night at 7:30 EST wherever you listen to podcasts.
Follow them on Facebook
Follow them on Instagram

Adam Cousins Reminds Us To Be “Young Again” In New Single
Jenna June 22, 2021

A Catch-up With Parker Graye And The Release Of Her New Single “Last Time”
Jenna June 20, 2021