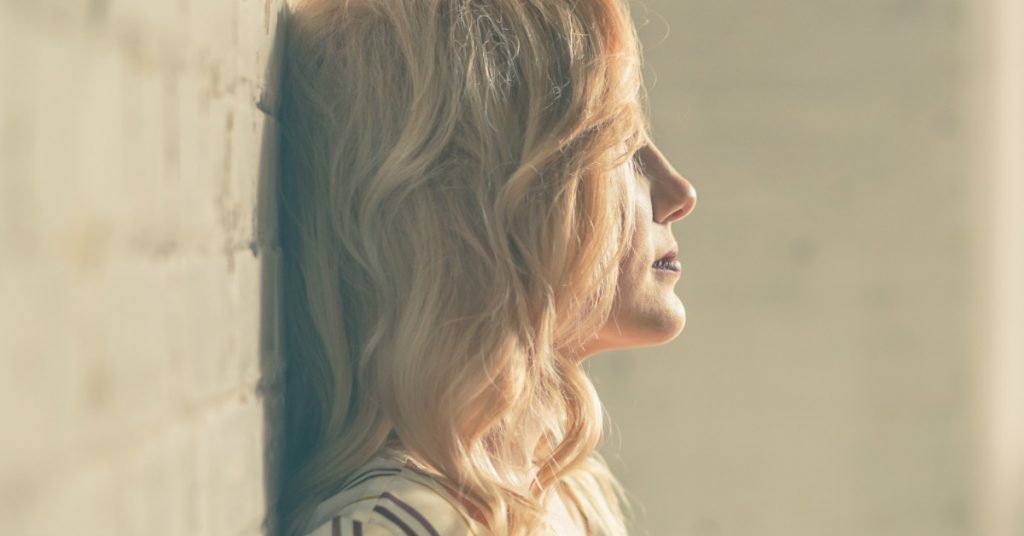 A couple years ago we had the privilege of meeting Julia Vos and seeing her perform at the 2018 Boots & Hearts Music Festival as part of the Emerging Artist Showcase. In speaking with her, it was clear she was destined to release some great music.

Julia Vos has released a brand new single called “Stay”. It’s a great new song that you’re going to absolutely love! It showcases how much Julia has grown as an artist in just a short couple years since we last saw her.

We had the chance to connect with Julia to talk about this new single. It was a really great interview that you aren’t going to want to miss. Catch the interview below and listen to the full single.

Front Porch: Julia, it’s so great to have you back on the Front Porch! It seems like just yesterday we were chatting backstage at the 2018 Boots & Hearts Emerging Artist Showcase. When you look back on that experience, what goes through your head?

Julia Vos: Boots & Hearts was an amazing experience for me and a great follow up to winning the Nashville North competition in 2016. It helped launch my career more and led to me being in the Top 12 of Project Wild Alberta. I learned a lot from the experience and I appreciate how it helped me start to think about my brand and who I am as an artist. There is a lot of talk about who you are supposed to be, how you should sound, and how to stand out in this business. Programs like Boots & Hearts are amazing for helping upcoming artists show their sound and identity.. Looking back, it gave me a lot of drive to keep pushing my career forward and it has only gone up since!

FP: Congrats on your new single “Stay”. It’s a really fantastic song filled with emotion, and showcases your fantastic voice. Tell us about this single – where the inspiration came from, the recording process, etc.

JV: While filling my song catalog over the last few years and deciding on a single to record, it was obvious to me and other industry professionals that “Stay” should be the first song I put out. It is also completely terrifying for many reasons. I write from a very personal and raw place. I grew up playing country and gospel with my family which meant a lot of my writing influence came from those artists (Dolly, Patsy, Lorretta, Willie, The Carters…the list goes on). Each one of these writers had many things in common that was very evident in their writing. They told their story, and they spoke the truth. Much like Dolly who often used writing to channel her inner feelings, I have been using writing as a similar mechanism since I was a little girl.

“Stay” was a starting point for new beginnings in my writing, and new beginnings in my personal life. I had been writing and performing for a long time. With every song you write you get better at your craft. When that craft is met with a pinnacle moment in your life, it is your greatest asset for how you deal with those emotions.

I’ve written about love, heartbreak, the good times, family, losing loved ones, people in the world who are young and old, and so much more. This song was written at a time when I had made some of the biggest mistakes in my life. The person I had become was not someone I was proud of, and it cost me not being with the person I was put on this earth to be with. When you know you are supposed to be with someone, they will complete you just like a puzzle. When you know who they are, all I can say is don’t ever let them go, and if you believe in that love, fight for it. “Stay” was the rock bottom, where I would’ve done anything to have that person in my life again. The journey of songs I wrote over that period of life taught me to grieve, hurt, reflect, learn, and eventually love again. When I say love again, I mean learn to love myself again. I hope to share this song with the world and show that no matter what kind of relationship has been broken, you deserve to love, and be loved again. To get to that point, we may have to start at rock bottom, the most vulnerable version of ourselves. For me, that was “Stay”.

I had an incredible team of people working on the song who took the “raw” version of it and brought it to life with emotions that you can feel in the music. These are the moments where when you listen to a song, it makes you hold your breath for a moment and feel what that writer was feeling in every instrument. Matty Mckay helped create and bring the song to life in its arrangement and production by understanding its story, learning my sound and background, and blending the sounds of past storytellers with what country music is today.

FP: We hear that you have an album in the works. Are there any details you can fill us in on yet, and what we can expect to hear from it?

JV: I am always working on new music! I have plenty of material written that I am so excited to share. As far as the album goes, my team and I are working on picking the best songs that portray a journey and story I want to tell. It’s going to incorporate all of my favorite sounds in country music, new and old, and express building yourself up from the very bottom. I think a lot of people are going to connect with it.

FP: Tell us a bit about the recording process – do you enjoy being in the studio, or do you prefer to be in front of an audience and feeling the energy off the crowd?

JV: Being on stage is where my love for music is rooted. Performing in front of large crowds as a kid is what made me realize that I wanted to make my own music and share it with the world. There is some sort of adrenalin rush you get and a feeling that you can’t replicate anywhere else. Think of some of the best performances you’ve ever seen…there’s usually a special moment the artist had where they just got to be vulnerable and let the audience in. Getting into the studio is equally amazing in a creative and organic way. You come in with an idea for something that you’ve put your heart and soul into, and you get to work with amazing and talented people who help you turn that idea into beautiful music. I’m particular about my sound and know the elements that I want to come through in a song, and once they do, it’s just like magic.

FP: The country music genre has really evolved in the past few years, and has become much more approachable to the average listener – blending the lines of pop and country, or country and rock. Your music has a pretty traditional feel to it, so we’re curious to know what you think about that trend?

JV: I grew up playing and performing that classic and traditional style of country music with my family, and my sound will always be rooted in some kind of aspect to that style (Hint: I will never get tired of steel guitar). The beauty of music is that anyone can make whatever they want, it’s a never-ending map with new roads of creativity being paved in every direction. I love all kinds of music, and I think the blend between genres only adds to the creativity. As my latest single had a traditional feel, I wanted it to correlate with the storytellers of the past. This can change for any song, it’s all about what inspires you when you are writing. Like I said, I’m a lover of all music and have dabbled in all genres, and I think it will come through in different releases of mine.

FP: Quickly – what are your top 5 songs that you’re currently obsessed with?

JV: Maren Morris, Hozier – The Bones
This song was already amazing, but talk about collaborating killer artists from separate genres and taking the song to a whole new level.

Miranda Lambert – Bluebird
Miranda is an icon in country music and a great idol for other female artists. She has a truthful and raw sound that connects with her listeners.

Morgan Wallen – Cover Me Up
I first came across this song when the writer (Jason Isbell) released it and fell in love with the melody and lyrics. When Morgan Wallen released it, his voice gave such a special element that just makes you want to cry.

Tyler Childers – Feathered Indians
He is a brilliant writer and you will find the best lyrics in all of his songs.

Kacey Musgraves- Butterflies (Actually her entire Golden Hour album)
I have been obsessed with this song since it came out over a year ago. There was a lot of brilliant people working on this and the way they constructed the song to not only match the emotional and lyrical aspect, but also the imagery of the butterfly within the melody is stunning.

FP: Thanks so much, we can’t wait to hear what’s next for you!

JV: Thank you so much for the interview! The Front Porch is amazing and I love the support they give to Canadian artists. It was great catching up again!

Listen to “Stay” By Julia Vos

Who is Julia Vos

Based in Edmonton where her roots are, Julia Vos has set her sights on taking over Canada’s country music scene. She was a Boots & Hearts Emerging Artist Showcase finalist for 2018, as well as the Nashville North Star 2016 winner at the Calgary Stampede. Her first single ‘Whispers’ has been featured on country radio stations Canada wide and garnered her opening slots for artists such as Adam Gregory, Beverly Mahood, Gord Bamford, and George Canyon.  Julia continues to work hard and cannot wait to continue to write more music and share world wide.