Top 10 Canadian Country Songs of 2019 on the Front Porch 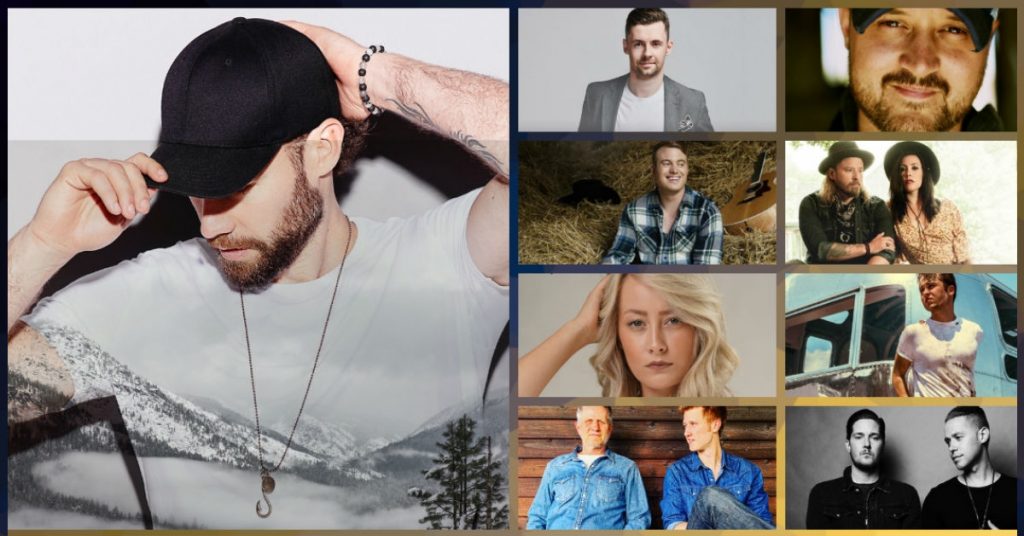 In 2018, we saw a historic moment with Lindsay Ell becoming the first Canadian woman in a decade to have a song reach number 1 on the Canadian charts, and Meghan Patrick also hit number 1 with “Walls Come Down”! This trend continued throughout 2019 with 3 more singles from female country artists hitting number 1. There’s still a long way to go with inclusivity in the genre, but we’re headed in the right direction.

On the Front Porch, we wrote about a lot of great music and introduced you to some great emerging artists. Of all the music we wrote about though, there were some songs that you all couldn’t get enough of. We took our top performing music reviews and created this list of the Top 10 Canadian Country Songs of 2019 from the Front Porch. This was determined based on Page Views. So here are the top singles from 2019. 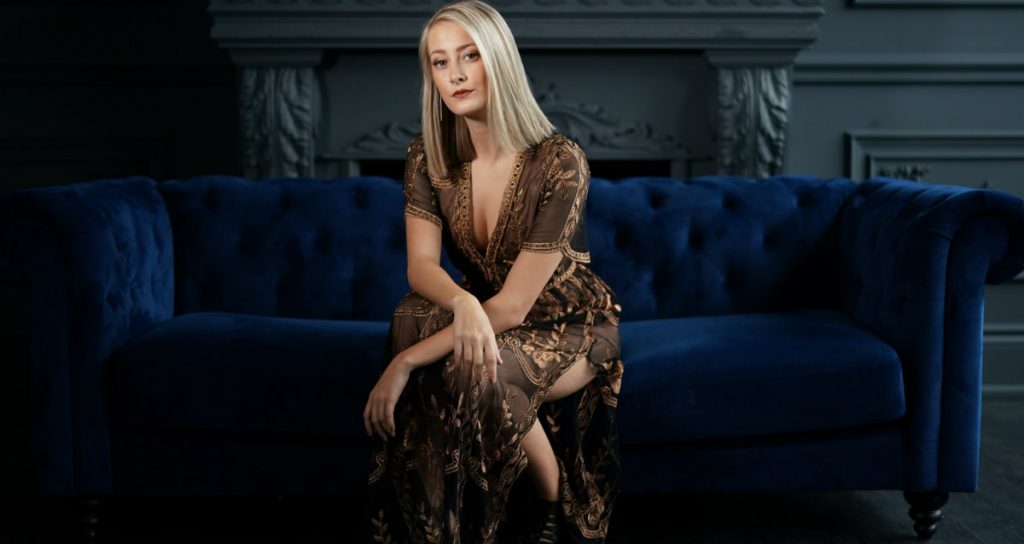 Earlier this year, we had the privilege to introduce you all to Emily Clair and her debut single “Me or the Whiskey”. From the moment we heard this single, we knew that this was going to be a successful single for this talented songwriter. Over the course of 2019, this debut single became so popular on Front Porch Music, that it became one of our top 10 songs of 2019.

“Me or the Whiskey” is such a powerful and heartfelt song that most people will be able to relate to. From the lyrics, to the melody, to the amazing vocals, this is a song that is filled to the brim with emotion. It’s one of those songs that sends chills down your spine and makes the hair on your arms stand up.

It’s been quite the year for Owen Barney! From performing at Boots & Hearts Music Festival, one of Canada’s biggest music festivals, to his debut single “Letting Go” reaching over 1 million streams on Spotify. It’s no surprise at all that this single became one of the top songs of 2019.

“Letting Go” introduces Owen Barney as a powerful, developed vocal talent and musician. Citing influences from traditional rock artists and country superstars like Eric Church and Jason Aldean, “Letting Go” is a contemporary country song, with evidence of that rock influence in the heavy electric guitar. 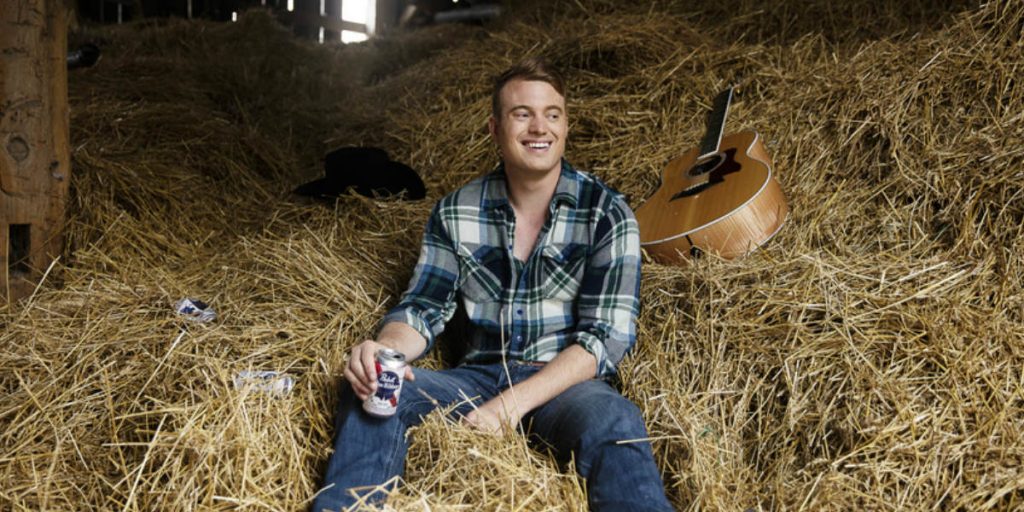 Jade Eagleson has had another great year! It seems that whatever he releases performs well on the charts. His debut single “Got Your Name On It” may have been released in 2018, but it remained one of the top performing songs on the Front Porch throughout 2019. It also remains one of the top searched country songs in Canada on Google for 2019.

Jade Eagleson is such a unique artist. When you speak to him, or see him on Social Media, it’s clear that he’s so down to earth. He loves working on the family farm, spending time with his family, and lends a helping hand whenever he can. He brings that same warmth to the stage. His performances are so humble. If you get the chance to see him perform in 2020, you should definitely do so.

From their introduction to the Canadian public on season 1 of CTV’s The Launch, Sons of Daughters have had a significant impact on the Canadian country scene. From Vancouver BC, these two have a sound that will knock your cocks off! This duo is committed to carving their own unique sound in the modern country scene through captivating vocal harmonies, swampy guitar riffs, and catchy lyrics.

Their single “Ain’t Gonna Be Lonely Long” was so popular, that it landed at number 7 on the top 10 Canadian country songs of 2019. 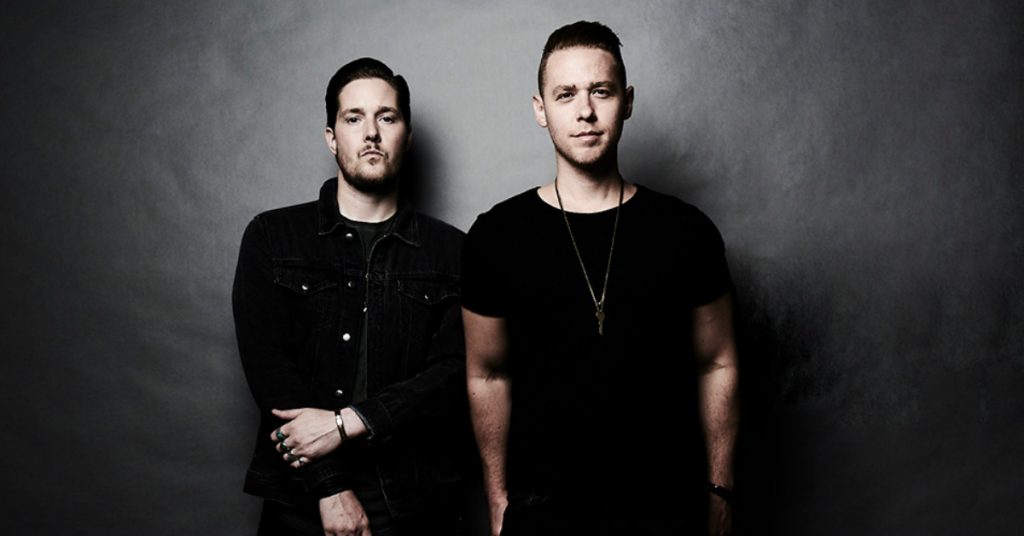 East Adelaide has had a bit of a wild time since 2018. They debuted as a new country band in late 2018 led by Mike Robins (who you will remember from the Canadian country do Autumn Hill). Their debut single “You Don’t Get To Love Me” performed really well on the charts and put them in a great position to continue to succeed throughout 2019.

It is unclear what happened, but at some point in 2019 this trio became a duo. There has been no comment from the band on what happened, whether it was an amicable split or not, but the third member just seemed to exit stage left. Overnight, he seemed to disappear from all promotional material.

Regardless, this band is really fantastic, and their single “You Don’t Get To Love Me” was a slam dunk. It was also one of the top songs on Front Porch.

Owen Riegling was one of the happiest surprises of 2019 for Front Porch Music. We were introduced to Owen earlier this year – our own Jenna featured Owen, and his music exploded! He was one of the fasted trending artists in 2019.

Smoke Man is very much a testament to the wanderer’s soul; a little bit lonely, headed in no particular direction. It resonates with that part of us looking for what else is out there. Smoke Man is a representation of a lot of things to listeners; past lives and selves, life events that have influenced who people become, and much more.

The reason this song was a surprise, is because when we published a review of “Smoke Man”, we saw an almost instantaneous increase in traffic to the website. It’s a great song and he’s a wonderful artist! “Smoke Man” made it to the top 5 for the top songs of 2019 on the Front Porch.

Canadian folk/roots artists Son of John had a pretty successful year! Not only did they release their debut single “Country Pure” and corresponding music video, they also happened to have one of the top Canadian country songs on the Front Porch.

As the only active father-son duo in Canada right now, they are hoping to become the first parent-child act to find success in country music since the Judd’s. Earlier this year, we chatted with Javan Johnson – the son of Son of John – about the single “Country Pure”:

When you see the title ‘Country Pure’ you might think of cowboy culture or certain stereotypes of country music – farms, trucks, beer, blue jeans. But the song is more about those people that wear boots and jeans in the middle of downtown Vancouver. They may have left the country for whatever reason but they’re authentic in the way [they] dress and act – their heart is still where they’re from – and that’s really the essence of the song.

“Country Pure” is a unique and nostalgic single that totally deserves to be the fourth most popular song of 2019.

In October of 2018, our own Jenna reviewed “You Are” by Aaron Goodvin. Ever since the release of this single, “You Are” has consistently been one of the top songs on Front Porch month after month. So much so, that it became the third most popular song of 2019, despite being released in 2018.

In fact, Aaron Goodvin was consistently one of the highest searched-for Canadian country artists on Google for 2019. “You Are” features a contemporary sound, mixed with a classic love story of a man who can’t help but believe he’s the luckiest guy in the world, and with a girl who is far out of his league.

It’s a great song! Seeing how the song performed throughout the year, it was certainly no surprise that “You Are” was one of the top songs of 2019 on the Front Porch.

Similar to Aaron Goodvin’s song above, this single from Shawn Austin was also released in late 2018. The song performed well when it was originally released, but it evidently started to catch steam in 2019. Throughout 2019, the music review for “You Belong” was consistently a top performing song on Front Porch Music.

The Vancouver country artist, signed to Steelhead Music, first captured listeners with his single, “Paradise Found”, which was then followed by “Get Me There”. “You Belong” shows a slightly different side of him; one we’re excited he’s shared. What this song comes down to is Austin’s versatility and the emotion he can evoke from listeners. It really comes down to how he can deliver meaningful lyrics.

It’s really no surprise that this single from Shawn Austin is helping us close out the decade with the second most popular song of 2019.

Without a doubt, “Forever’s Gotta Start Somewhere” by Chad Brownlee was one of the top songs of 2019. After taking close to a couple years off from releasing new music, Chad Brownlee kicked into 2019. During his time off, he reflected on his work, and where he wanted to go next. He made a huge career change and ended his relationship with MDM Recordings, and made a move over to Universal Music Canada. He allegedly left MDM in order to help reinvent himself and maintain his relevancy in the fast-paced music industry.

It was clearly a great move for him. “Forever’s Gotta Start Somewhere” spent an impressive 20 weeks on the Canadian Country charts, and hit number one in April 2019. It also happened to be the top performing song for 2019 on Front Porch Music!

Throughout 2019, Chad Brownlee was consistently one of the most Google’d Canadian country artists, with the majority of people looking him up coming from New Brunswick – interesting!

What do you think? What was your favourite song of 2019? Leave us a comment bellow to let us know! We would love to hear what you’re listening to.