So far 2019 has been the year of country music from Quebec! There has been so many great artists and singles coming from Quebec. Five Roses is one of those great acts, and we had the chance to chat with this country duo.

Since the release of their self-titled EP in August of 2018, Five Roses have seen some impressive success; so it was a real treat to be able to chat with them to get to know them a little bit. Here’s how that conversation went:

Front Porch (FP): The origin story of Five Roses is really quite random. So random, that it almost seems like fate that you two would meet up to make music. Tell us a bit about how you both met and when you realized that you wanted to pursue music as a duo, and how the name Five Roses came to be.

Five Roses (FR): We both met when Zack was getting his haircut for a photo shoot with his old band. Jade had been cutting the band’s hair, prepping them for the shoot. It was during Zack’s 15 some-odd-minutes on Jade’s barber chair that a conversation about country music began, and Zack mentioned he wanted to form a girl/guy duo. It was really during our first jam that we both knew we had something good going – our voices blend effortlessly together and we felt like we had known each other for so long.

FP: Your voices certainly do blend together seamlessly. You recently released your first EP that features 5 singles – what was the writing and recording process like for you?

FR: We began writing together and piecing together riffs and melodies back in the summer of 2016. It was our first time writing together, let alone writing country music! It was equal parts scary, exciting and emotional. Each song became a piece of us and told a small story of our lives.

Eventually, we met up with the Lost Boys Productions and went through the many ideas we had worked on. Some would become songs, others would be reworked, and some would be sidelined (and may eventually become songs!).

As for the recording process, The Lost Boys took care of everything and coordinated the whole process to bring the songs to life. We got some of the most talented musicians to play on our track [which] really helped bring them to life.

FP: You can tell that a lot of these songs came from somewhere personable. What inspires you, or gets you in the mood/mindset to write?

FR: We usually begin every writing session with a glass (or two!) of wine and a conversation about the things we have been up to since the last time we spoke. Those conversations usually generate some sort of theme or idea that could come in the form of an image, word or phrase, around which we begin building a song. On the flip side, sometimes one of us has a riff or a melody and we build words around it. Often times, one of us comes up with an idea and immediately calls the other to discuss. We set a jam and [explore] it to see where it takes us!

A little heartbreak also never hurts to stir up inspiration. 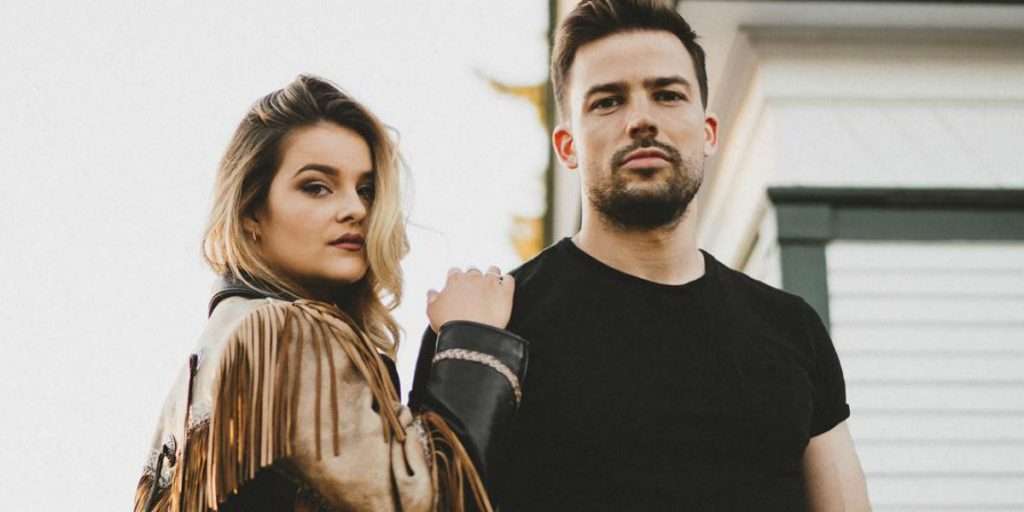 FP: So true! would there even be country music if heartbreak didn’t exist? Ha! You do an amazing cover of “As Long as You Love Me” by the Backstreet Boys. It makes the song sound new, but still hits the listener with nostalgia. What are some other songs and artists that you are really into right now, or draw influence from?

FR: Well thanks! That was a favourite of Zack’s growing up. We hope we did it justice!

We both listen to essentially anything under the sun. Whether it’s hip-hop, RnB, Pop, classical, indie. At the moment, we are crushing on Little Big Town. Their energy, complicity and singing chops as a group are unreal! We love listening to their amazing harmonies and killer tones. Hearing them sing together is like hearing an amazing musical wall of sound.

FP: LBT are one of the best country bands of all time! We have to say, it’s very exciting to hear some country music from Quebec musicians. What’s it like being country artists in Quebec?

FR: It’s so exciting – Quebec has totally opened up to New Country and we’re one of the few English speaking acts in the province. Every city we play welcomes us with open arms and it’s only getting bigger and bigger. We are very proud to be from Quebec and consider this home, so to be able to share the stage with artists from all over the country is such an honour!

FP: Have you had any challenges trying to break through the scene?

FR: People are generally surprised when they hear we’re from Quebec. Who wouldn’t be? We are definitely making our debut in a genre that has been around for several decades outside of Quebec and has been thriving for quite some time. However, every person, whether it is a band, musical director, show promoter or industry person that we’ve met has been so kind, open and inviting. Every person we meet [is] interested in hearing about our journey and what’s going on [in] this side of the country. We also have to thank the CCMA for inviting us out for the Songwriter’s Series, which allowed up to showcase some of our tunes directly to country fans in Hamilton last year. That definitely helped get the word out!

FR: We just signed a management deal and are in talks to sign a deal with a Quebec based agency for booking within Quebec. 2019 will be a big push for us – we’re finishing up a second batch of songs and will be releasing a first single in the spring and second single in the fall, with the release of our second EP to follow shortly after. We’ll also be showcasing outside of Quebec and who knows, you may see us on a couple of festival stages this summer 😉

FP: Hmmm… well, we can’t wait to catch you at some festivals this summer. We’re so happy to have been able to chat with you, and are really looking forward to following your careers. Thanks so much for taking the time to meet with us!

Jade and Zack met with Montreal’s talented production/songwriter team The Lost Boys in the fall of 2016 and began writing and recording music together. Their first independently released single “Baby You Can Drive” reached the top 100 on the Canadian Country Chart (#95) in 2018 and the band played a jam packed showcase at Canadian Music Week in May 2018. The duo played several Country Music festivals over the summer of 2018 and shared the stage with country stars such as Brett Kissel, Meghan Patrick and Dan Davidson.

They also released their first self titled EP in August 2018. With support from Spotify, 3 of their songs were added to the “Down home Country” playlist as well as “New Music Friday”. The EP has quickly racked up close to 300 000 streams on Spotify in a short time and the band are now working on completing their first full length album due out in 2019. The band were also invited to appear at the prestigious Songwriter Series for the 2018 Canadian Country Music Awards week alongside top 5 Canadian Country hitmakers The Reklaws and Aaron Goodvin. With increased exposure and forward momentum, Five Roses are poised to make big waves in the country music scene in 2019.