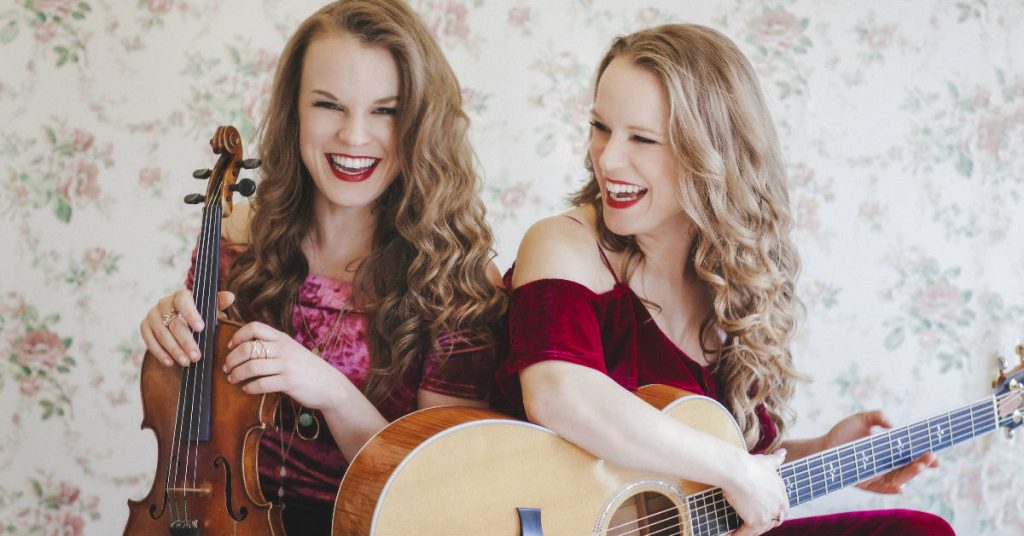 It’s been a minute since we’ve had new music from Canadian country duo Twin Kennedy, so we were so excited to see some new music from these twin sisters. “Blindspot” is a heartfelt single that commands your attention.

Twin Kennedy notes: “Blindspot is about being in a relationship where you don’t feel seen. It’s so important to know your own worth and to surround yourself with people who make you feel valued. Love yourself and choose to be with people who would never put you in their blindspot.”

“Blindspot” marks the duo’s first new release since their 2017 album A Twin Kennedy Christmas. Currently based in Nashville, the duo has made themselves a staple in the country music scene in both the US & Canada over the past four years, having toured extensively throughout both countries. With three CCMA Award nominations, twelve BCCMA noms, two Vancouver Island Music awards, and two John Lennon Songwriting Award wins under their belts, Twin Kennedy have built a strong acclaim since their debut release It’s a Love Thing in 2015.
We had the chance to connect with these two to talk about their new single and to talk about music in general. It was a great conversation! Catch the full interview below.

Front Porch: It’s so great to have you join us on the Front Porch! It’s been two years since your last release, so we haven’t had the privilege to introduce you to our audience yet. Tell us a bit about yourselves.

Twin Kennedy: Hello and thank you so much for having us on the Front Porch! We are Twin Kennedy – identical twin country/roots duo originally from the small town of Powell River, BC and now based in Nashville, TN. We have been playing music together since we were just three years old – we started out performing in a family band, and we haven’t stopped making music since then! We are sisters, songwriters, singers and string players – with Carli on vocals and guitar and Julie on vocals and fiddle.

FP: The new single “Blindspot” is so beautiful. It’s really emotional, truly captivating, and commands the attention of the listener. Can you tell us what the inspiration is behind this song?

TK: Thank you so much! We wrote this song about being in a relationship where you don’t feel seen or valued – when you’re in someone’s blindspot. It is so important to know your worth and to not settle or stay in a situation where you are not being valued.

FP: What was the recording process like for this single – do you enjoy being in the studio, or do you prefer to be in front of a live audience to feed off their energy?

TK: Performing live has always been one of our favourite parts of our career. We love sharing our music on stage and feeling the energy of a live audience. We also love being in the studio and being able to perfect every moment and detail of a song. We produced “Blindspot” with Dustin Olyan. Recording this single was a very special process, because it was one of those songs that came together quite organically – Carli’s acoustic guitar part along with the bass, drums, electric and keys, were recorded live off the floor.

The foundation of the song came together quickly for that reason, so it was very musically satisfying. Julie orchestrated the string parts and recorded them each separately, so the string quartet you hear is all her plus a cello! The vocals were one of the last pieces of the puzzle, and it was so emotional to sing on top of the track once it was all put together. This song was definitely one of our favourites to record to date.

FP: This past year, artists in Canada and the United States have been calling on the industry to include more female artists on the radio and on festival lineups. On the surface, it feels like we are moving forward in this movement, but there’s clearly more to be done to support female artists. What’s the solution, what would you like to see happen?

TK: Female empowerment in the music industry is a topic we are passionate about. We love seeing people talk more about this movement, and we think that talking about it is an important step. We are blessed to be surrounded by a community of talented and inspiring women in the music industry. We hope to see all of the amazing female artists that we know receive the respect and celebration they deserve. We also hope to see the day that this conversation doesn’t have to continue – that artists will be recognized as artists no matter their gender. It’s so important for women to stand up for one another and to support their fellow female artists, and we see this being part of the solution. Women want to hear from other women, and there is a need and a place for every single female voice to be heard.

FP: What can we expect next from you – more music and a tour perhaps?

TK: Yes – all of the above! “Blindspot” is the first release from our upcoming project, so watch for a new album and tour announcement in early 2020! We are so excited for what’s to come, and we can’t wait to share it with you!

FP: Quickly – what are your top 5 songs that you’re currently obsessed with?

TK: Oooo…it’s hard to pick just five! Here are some of our favourites…

Thanks so much, we can’t wait to hear what’s next for you!

Watch the Music Video for “Blindspot” by Twin Kennedy