Canadian country artist Tanya Ryan has released a brand new EP called Open to the world, and it’s a bit of a different sound than what her fans are used to hearing in the best possible way!

Known for her traditional country sound, this new EP signifies a bit of an artistic shift for this talented artist. Clearly still country, this new release draws inspiration from both pop music and roots music. It’s a wonderful cross0ver release. Ryan says, “In my own life, I wanted to understand the expressions, facets, and nuances of love – love observed by a romantic partner, sexual love, mother’s love, self-love, and a love of one’s ambitious pursuits. This album represents my own understanding of love.”

The leading single from the EP “My Heart Song” is a beautiful song that clearly comes from a place of deep feeling. “I went through a period of depression in which I felt really lost and isolated,” says Tanya. “This song came from the smallest voice that reminded me there is a force greater than ourselves that can support and guide us if we choose to reach for it. It was the final song written for Open,” she continued, “and I chose to release it as the first single because it is the most vulnerable and real. My intention moving forward in life and in music is to be entirely transparent. This was the most honest first step,”

We had the chance to connect with Tanya Ryan to get to know her, talk about this latest release, and chat about the industry. It was a great interview, which you will find below. Before we get in to the interview, have a listen to the debut single from Tanya Ryan by watching the heartfelt music video.

Front Porch: Hi Tanya, thanks so much for joining us up here on the Front Porch! Since it’s your first time joining us, it would be great if you could introduce yourself to our audience and tell us a bit about yourself.

Tanya Ryan: Thank you for inviting me, I’m pleased to be here! My name is Tanya, I’m from Okotoks, Alberta, I identify as a singer-songwriter, Harry Potter lover, and popcorn fanatic that just released a new album on February 20th!

Front Porch: Now, your new album Open has just been released! Congratulations on the release – it’s always an exciting time for artists. It’s a really great album! There’s some really rootsy songs, and some interesting melodies – like in “So. Damn. Good”. Tell us about the album, and the inspiration behind it.

Tanya Ryan: Thank you, I’m really excited about it! Very proud of this project, it’s been a longtime work in progress and it feels genuinely wonderful to have it out in the world.

It’s a pretty eclectic project, lots of variation sonically. I was inspired to do my best to produce each song in a way that honoured the nature and intention of the song. The fun songs should sound fun, the deep meaningful songs should have deep meaningful melodies… What we wound up with was an album that has this underlying unified theme of love – and the various aspects of it – with a tremendous variation of sounds and styles integrated throughout.

Front Porch: Tell us a bit about the recording process. Do you enjoy being in the studio creating music, or do you prefer to be on the stage connecting directly with fans?

Tanya Ryan: I love being in studio. It feels like a playground. It’s where everything still has much potential, so there’s so much room to play around, to try things, to explore, and to uncover musical parts and pieces that you may or may not have originally conceptualized before recording.

Naturally there’s nothing really comparable to being on stage, that’s an experience in and of its own… I’d hate to have to choose between the two – but I really do love being in studio as well. That’s a tough call for me! 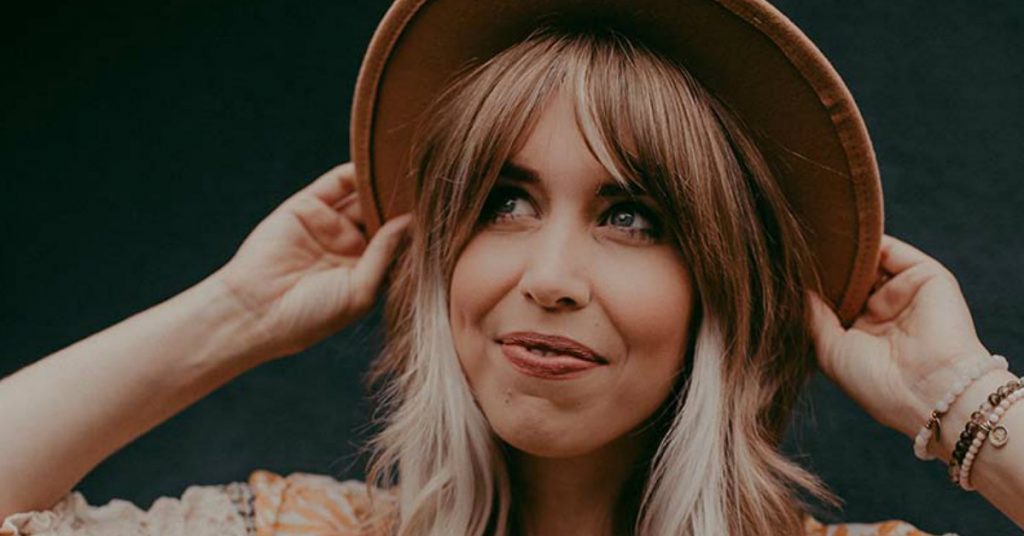 Front Porch: Over the past couple of years, there has been more pressure for gender parity on radio stations, music festivals, and the country industry as a whole. What are your thoughts here and what do you think needs to be done to increase overall representation in the country industry?

Tanya Ryan: This topic always makes me sigh. On one hand, it’s an important conversation to be had – on the other, it feels so tired and the conversation is lacking constructive results…

Naturally, I advocate for having a large presence of women in music. That’s what I had the privilege of growing up to – I listened to vast and various female artists. I got to hear my own desires, thoughts, and feelings represented by women I could visualize becoming and looked up to. It’s a bummer to me that there is an entire generation of women that won’t have the same luxury of having their voices and feelings represented by their own gender on radio. And that they won’t have the luxury of having a ‘favourite’ female artist… there were so many to choose from once upon a time… now you only have your pick of 4-5.

There will be a shift for women in music. It’s really only a matter of time; and in the meantime, it’s certainly bringing to light the ones that aren’t standing in our corner. This will make it easier to choose people to work with when we do start to see the shift.

Front Porch: What’s next for you? What can fans expect in the future?

Tanya Ryan: I have just completed a busy schedule of album premiere shows and I am really excited to take some time to rest. I have some shows booked for this summer – and my manager and I have been discussing a radio tour for the fall. A lot is still up in the air right now, but that’s what’s on my radar! In the mean time, I’m going to focus on following through with a handful more shows in March to promote this album and then see where life takes me from there!

Tanya Ryan: Oh I’ve hit the Taylor Swift obsession hard lately… so probably would have to say “Don’t Blame Me”, “I Did Something Bad”, “Lover” and “This Is Why We Can’t Have Nice Things” by her. And I listen to “Elephant” by Jason Isbell on repeat a lot.

Front Porch: Oooh – great songs! Thanks so much for joining us! We can’t wait to see what’s next for you.

Listen to Music From Tanya Ryan