If you know Nicole Rayy, you know that for her “Spelling Counts”. Hinting to her name having two y’s. But this spooky season, the spelling that counts is the witchcraft she has brought with her latest single, “Graveyard”!

I hope you are all ready to get spooky and enter the Graveyard!

Gaining over 215K views on TikTok, “Graveyard” is a country-rock single that is perfectly haunting for this Halloween. Adding to her already impressive catalog (or catacomb) of streams on her previous releases, she is airing out her closet of all skeletons, by “put(ing) it in a country song”.

“Graveyard” sends a bone-chilling warning to anyone thinking about crossing her. Nicole sings “I’ll chisel your tombstone and walk away laughing” sending a haunting message that she is not to be messed with.

“Graveyard” Is The Third Single From Nicole Rayy This Year

Following her recent releases “Last One’s Up” and “House Of Cards”, Nicole is a powerhouse performer who caters her music to her fans.

The devilish lyrics send us six feet under, just like that of the exes Nicole is singing about.

“Since the song is all about having a ‘Graveyard’ for your ex-partners, I knew I wanted to lean into the country rock side of things on this track.” Nicole’s producer, Douglas Romanow (Kelsi Mayne, Alessia Cohle), brought the eerie energy to life which is felt throughout the track.

Although Nicole did not pen the song, it perfectly complements her passion for this time of year. Written by her pals David Madras (Matt Teed, Angelica Appelman), Hayden McHugh and Sam Davs, Nicole fell in love with the song right away.

“Those who know me know that I’m obsessed with Halloween. I am so excited to finally release a song that I can promote during my favourite time of year.”

RELATED: Have you read Nicole Rayy’s Women in Country Spotlight…

Keep Up With Nicole Rayy And Catch Her On Stage

It’s said that a witch is nothing without her coven, and Nicole Rayy is known for bringing her girl gang together within the industry. The All Woman Music Showcase series gives a platform for women and female-identifying artists across Canada to share their music and stories in songwriter rounds.

Be sure to check out her website to catch the next round!

Follow Nicole on YouTube to be the first to catch the music video for “Graveyard” and online store featuring some spooky “Graveyard” merch.

Grew up with the top down listening to Alan Jackson and Kenny Chesney on high. TikTok-ing and Chair Rocking for Front Porch Music. You can find me belting out lyrics at any concert I can attend. @megcmackay on TikTok 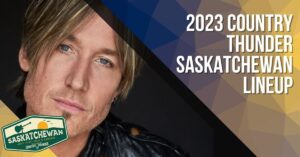 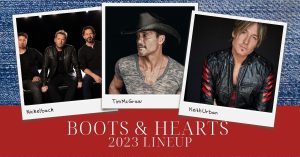